On 29 June 2009 most of the eastern part of the Park, the Dolomite Group of the Pale di San Martino, was declared World Heritage by UNESCO, together with other Dolomitic mountain ranges located between Trentino, Alto Adige, Veneto and Friuli. The map of the nine ranges that make up the Dolomites World Heritage, which involves ten protected areas 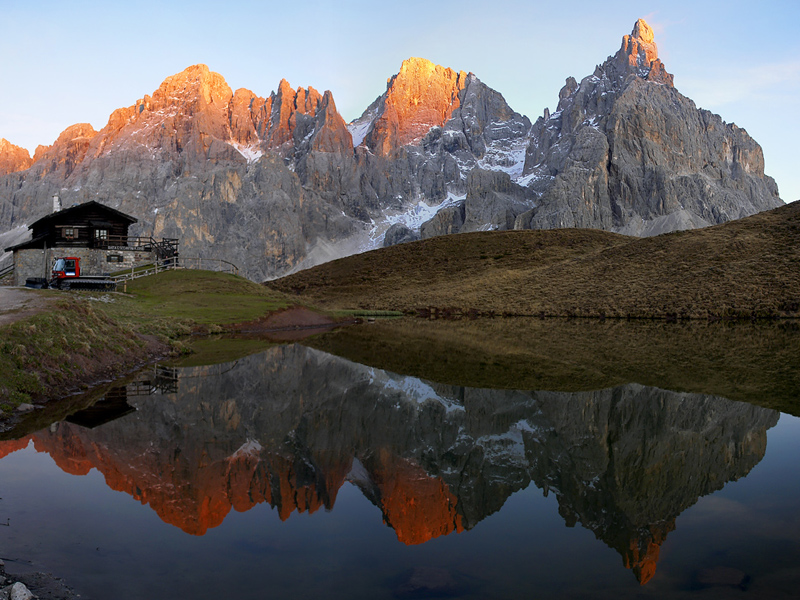 Some extraordinary places in the Park have certainly constituted, for the Province of Trento, a significant resource for the request of the declaration of the Dolomites as “World Heritage”. Indeed, a consistent portion of one of the areas that constitutes the World Heritage site complex falls within the Park.

The Natural Park of Paneveggio Pale di San Martino is Honorary Member of the Foundation Dolomiti UNESCO, the subject that has the responsibility for the management of the Heritage.

What is the Foundation?

In 2009 UNESCO included the Dolomites among the natural World Heritage sites. It is a Heritage that is complex both from the geographical and the administrative point of view. It is composed of nine Ranges and extends over 142 thousand hectares in 5 Provinces and 3 Regions. In 2010, in agreement with UNESCO, the Foundazione was established, whose task is to ensure effective management of the serial Heritage site, to promote sustainable development and to promote the cooperation between the territorial Authorities who administer their territory according to different legal systems.

For more information you can visit the official website of the Foundazione Dolomiti World Heritage and the site DOLOMITI UNESCO of the Province of Trento.